Few places in France offer as clear a picture of the country’s long history than Lyon, the capital of the Rhone-Alpes region bordering Switzerland and Italy. Spared from major natural and man-made disasters throughout its long 2,000-year history, Lyon’s rich and varied past is on full display in the city’s historic neighborhoods. From the Renaissance courtyards of Vieux Lyon to Fourvière hill where the Romans first settled in 43 B.C., each of Lyon’s districts, or “arrondissements,” offers a unique experience to visitors.

Many of the top attractions in Lyon are illuminated at night, earning Lyon the nickname of Capital of Lights. Home to some of the finest chefs in the world, the city is also known as the capital of gastronomy, offering travelers yet another tasty reason to visit lovely Lyon.

See also: Where to Stay in Lyon 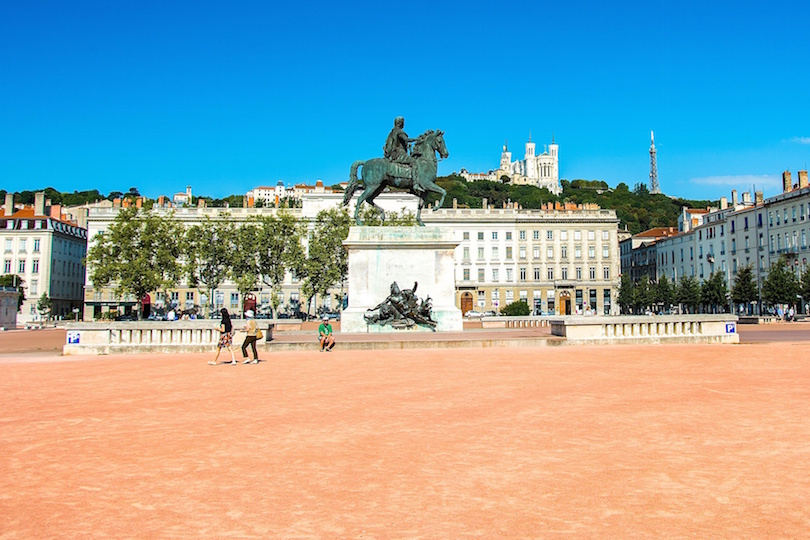 A primary attraction of the Presqu’île district located between the Saône and the Rhône rivers, the Place Bellecour is the largest pedestrian square in Europe. The square’s massive size has made it the ideal site for local festivals, outdoor concerts and special events, and the recent addition of a large Ferris wheel adds to its appeal. Several statues are worthy of attention as well, including an 19th-century sculpture of King Louis XIV seated on horseback, but it’s the plaza’s proximity to Lyon’s luxury shopping district that generates the most foot traffic. Four major streets lined with shops begin at the Place Bellecour. 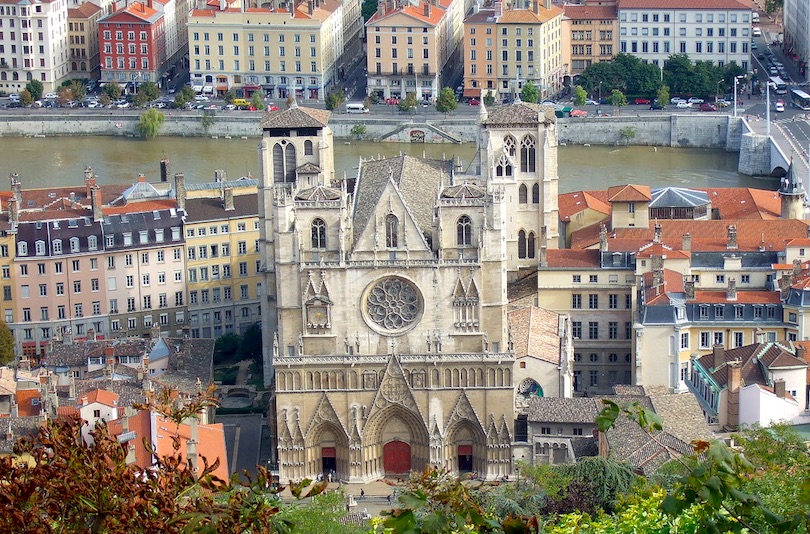 Situated in the heart of the Vieux Lyon district, the Cathédrale Saint-Jean-Baptiste de Lyon was built over a span of 300 years, and remnants of each period of the church’s construction are evident throughout the structure. Stained glass windows and the crosses on either side of the alter date back to the 1200s. The 14th-century astronomical clock was a triumph of technology for its time. The impressive cathedral organ was rebuilt in the 1800s and updated with three keyboards and 30 stops. Featuring remains of the 4th-century buildings that occupied the site before the cathedral’s construction, the archeological garden next door is worth a visit as well. 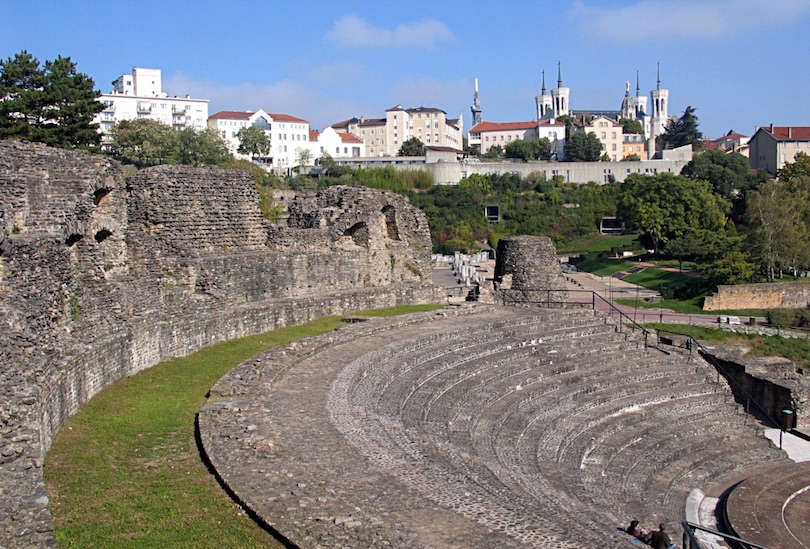 This Roman theater is the oldest in France, built by order of Augustus from 17 to 15 BC and expanded during the reign of Hadrian. It was built next to the hill of Fourvière, which was located right in the center of the city in Roman times. The theater has steep seating galleries, a decorated floor, and the foundations of a large stage. Nearby are the remains of the Odeon, a much small theater that was used for musical shows and poetry competitions. 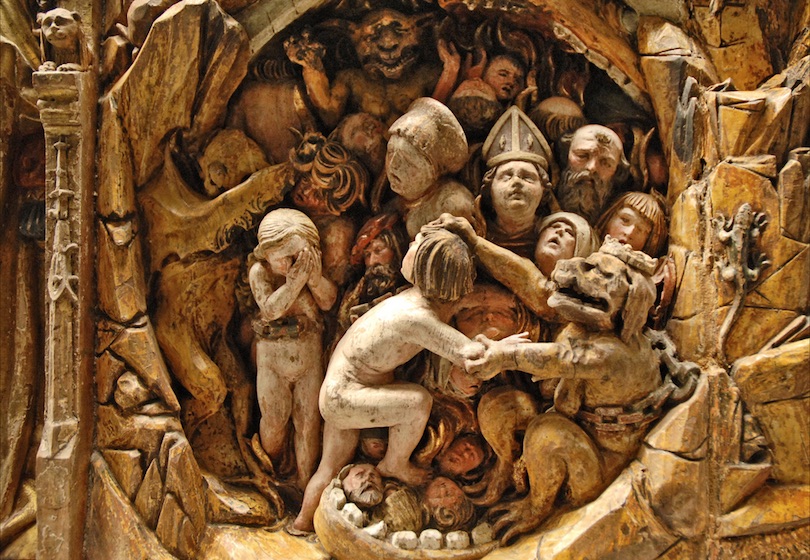 Constructed from stones gathered from the tumbled walls that once stood on the site of Place des Terreaux, the massive Musee des Beaux-Arts de Lyon was once home to the convent of Saint-Pierre. When the nuns were expelled from the city during the French Revolution, the Municipal Council established the building as a place to conserve the city’s cultural treasures. Officially opened in 1803 and completely renovated during the 1990s, the museum today rivals the Louvre in volume and diversity, with collections that range from ancient Egyptian antiquities to 20th-century paintings by the likes of Matisse, Picasso, Braque and Miró. 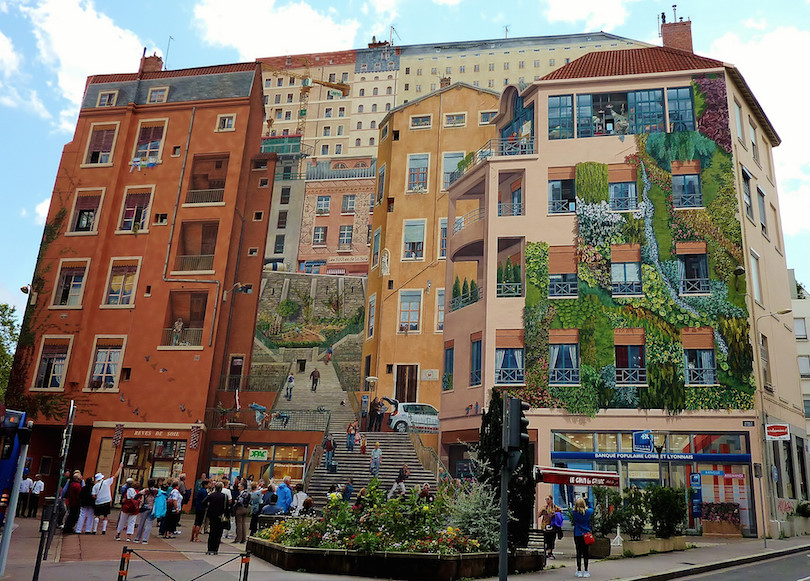 Located on the Boulevard des Canuts in the Croix Rousse district, this expansive mural depicts the heritage of the neighborhood that was once home to the city’s many silk weavers, or canuts. Painted in the trompe-l’oeil style, the scenes illustrated in the mammoth fresco blend in seamlessly with their surroundings, challenging viewers to examine the line between art and reality. First painted in 1987, the largest mural in Europe has been revised several times to reflect changes made to the nearby structures and has become a popular tourist attractions in Lyon. 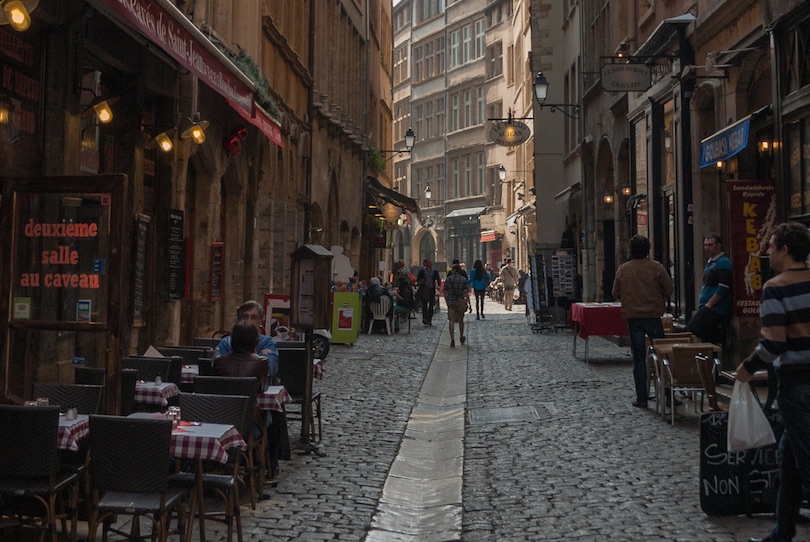 The primary thoroughfare in the Vieux Lyon district, the Rue St-Jean was once the center of the city’s silk industry. Visitors will find some of the finest examples of Renaissance architecture and courtyards in the city here. Many of the beautiful homes and palaces built for silk merchants and Lyon nobility are now home to bouchons, restaurants that sprang up in the 19th century as cooks from aristocratic families set out on their own to open their own establishments. It’s one of the best places in Lyon to sample local fare such as gratin dauphinois and rognons de veau à la moutarde. 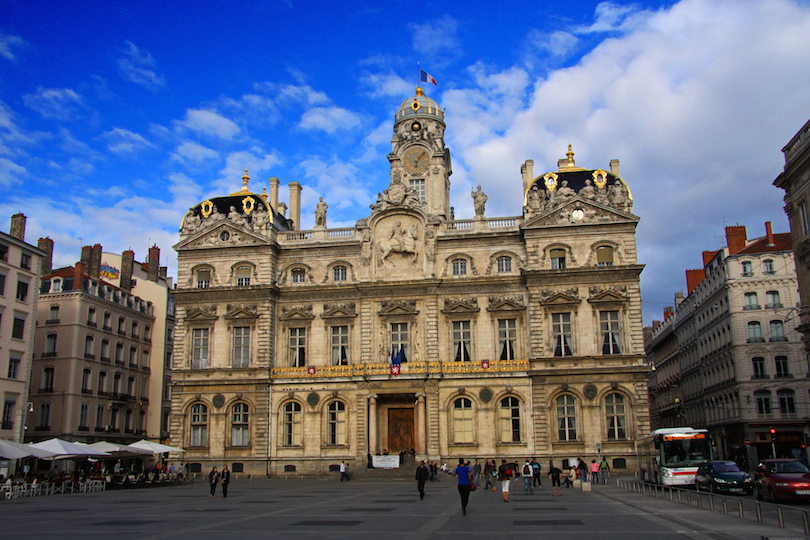 With beginnings that date back to the 13th century, the Place des Terreaux located in the Presqu’île district has long played an important role in Lyon’s history. Originally built as part of a walled fortification, the site was turned into a city plaza in the 1600s. The site of many beheadings by guillotine during the French Revolution, the central square is today bordered by the Lyon City Hall to the east and the Museum of Fine Arts of Lyon on the south. On the north side of the square is a fountain designed by Frédéric Auguste Bartholdi, creator of the Statue of Liberty. 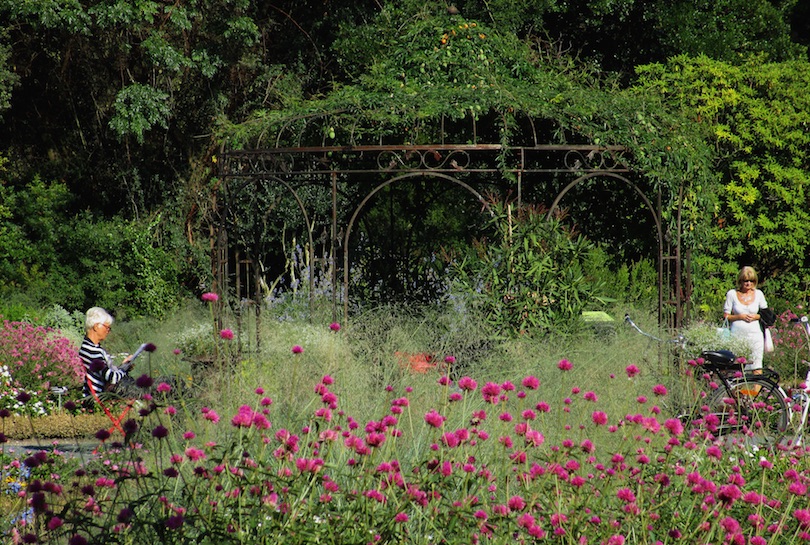 The largest urban park in France, the Parc de la Tete d’Or is a popular destination for families, joggers and cyclists. Many of the park’s attractions are aimed towards children, including a carousel, a small zoo, a miniature train and a puppet theater, and there’s a variety of sports facilities on the grounds as well. A lake offers opportunities for boating, waterside picnics and scenic strolls along the shoreline. For visitors, the highlight of the park is the Jardin Botanique de Lyon, which features picturesque 19th-century greenhouses filled with a wide range of tropical plants, including century-old camellias, carnivorous plants and water lilies from the Amazon. 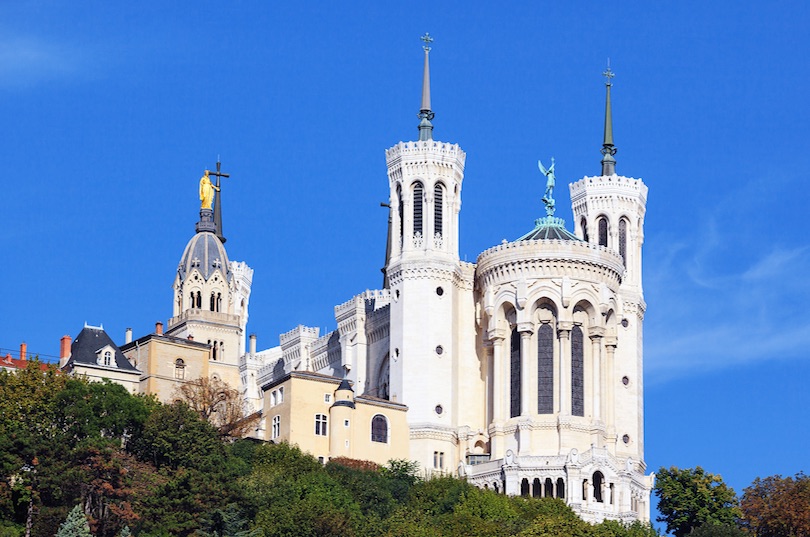 Dominating Lyon’s “Hill of Prayer,” the Fourvière, the Basilica of Notre-Dame de Fourvière was built in the late 19th century from a design by architect Pierre Bossan. The architecture of the church is unique in that it has both Byzantine and Romanesque styles. In addition to four corner towers rising over the structure, the basilica features a bell tower with a golden statue of the Virgin Mary. The upper sanctuary of the church is ornamented with mosaics and stained glass. Visitors can take a funicular to the site from the metro station in Vieux Lyon or can climb the steep ascent to the summit of Fourviere Hill on foot. 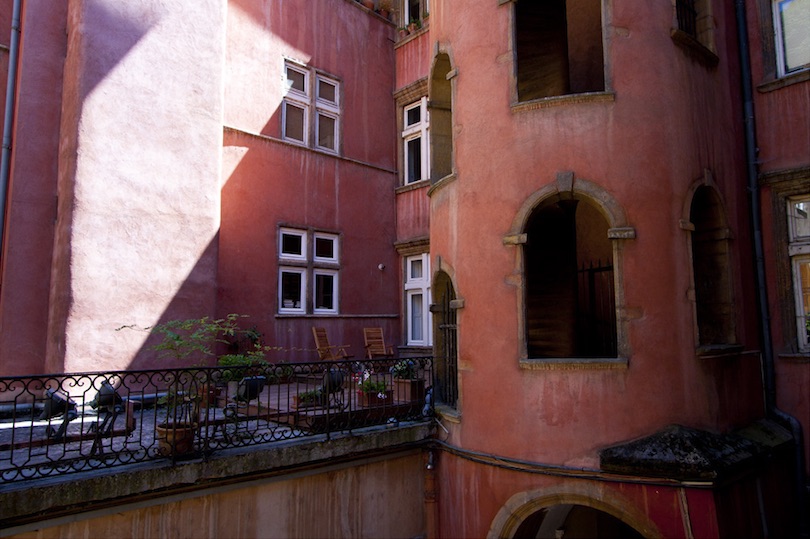 Built from wealth generated from the production of silk, Lyon is famous for its “traboules,” the unique covered passageways constructed to protect the delicate fabric from inclement weather as it was transported from one spot to another. The Vieux Lyon district has one of the longest traboules in the city, stretching from the Rue St-Jean to the Rue du Boeuf, though there are many others in the city. Hidden behind nondescript doors, the corridors proved useful during World War II by providing a way for locals to escape raids by the Gestapo. Today, most traboules are on private property, serving as entrances to local apartments. However, visitors can access several traboules in Vieux Lyon during daylight hours by pressing a service button near the door.