Home / Travel Inspiration / 14 Most Famous Towers in the World

Towers have been built by mankind since prehistoric times. The walls of ancient Jericho, one of the first city walls ever built, was complemented by a stone tower. Later civilizations often built watchtowers as part of their fortifications to provide a high, safe place from which a guard could observe the surrounding area. In the last two millenniums all sorts of towers have been built including bell towers, clock towers, minarets and communication towers.

An overview of the most famous towers in the world: 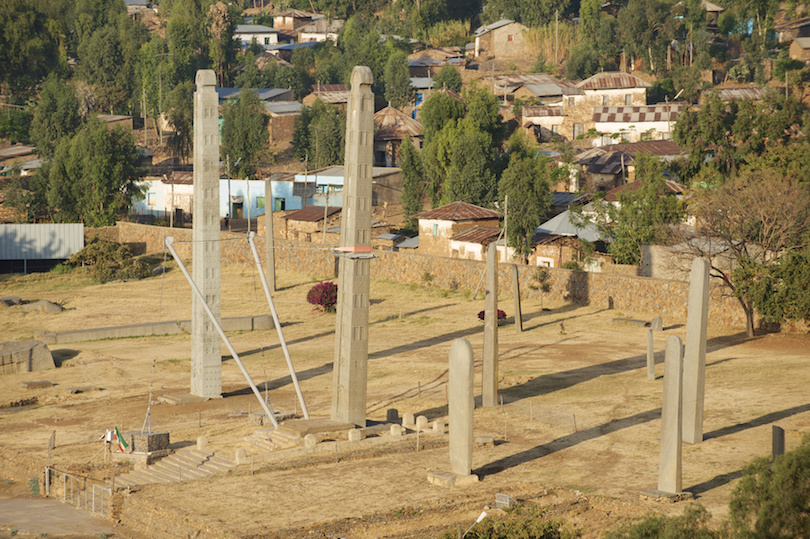 Located in northern Ethiopia, Axum was the original capital of the eponymous kingdom of Axum. Axum was a naval and trading power that ruled the region from around 400 BC to 1000 AD. The major Aksumite monuments in the town are stelae. The tallest standing tower is the 24 meter (79 ft) King Ezana’s Stele. Another 24.6 meter (81 ft) high stele removed by the Italian army was returned to Ethiopia and reinstalled in 2008. Dating from around 300-500 AD, the stelae are believed to be funeral monuments for Axum’s ancient rulers, who may have been buried in tombs beneath them. 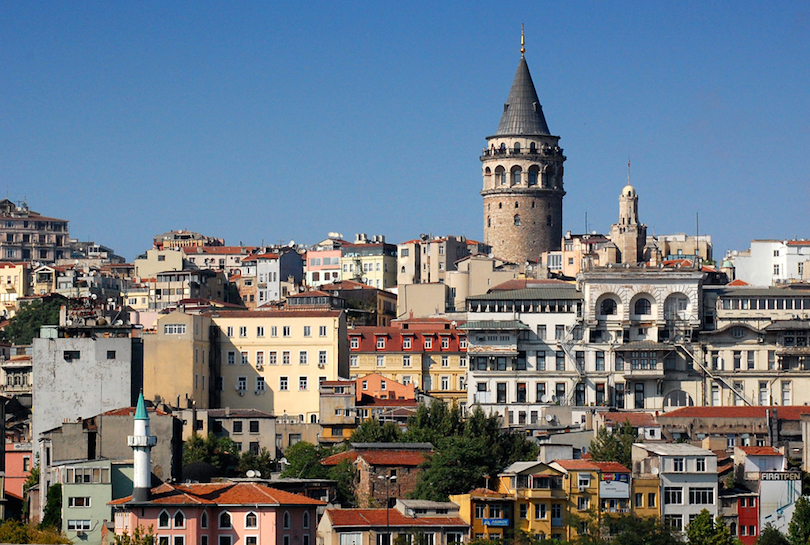 The Galata Tower is a medieval stone tower in the Galata district of Istanbul in Turkey. One of the city’s most striking landmarks, the tower is 67 meter (220 ft) high, with a cone-capped cylinder on top that dominates the skyline. The tower was built in 1348 as part of the fortifications surrounding the Genoese colony in Constantinople. Today there is a restaurant and café on its upper floors which commands a magnificent view of Istanbul and the Bosphorus. 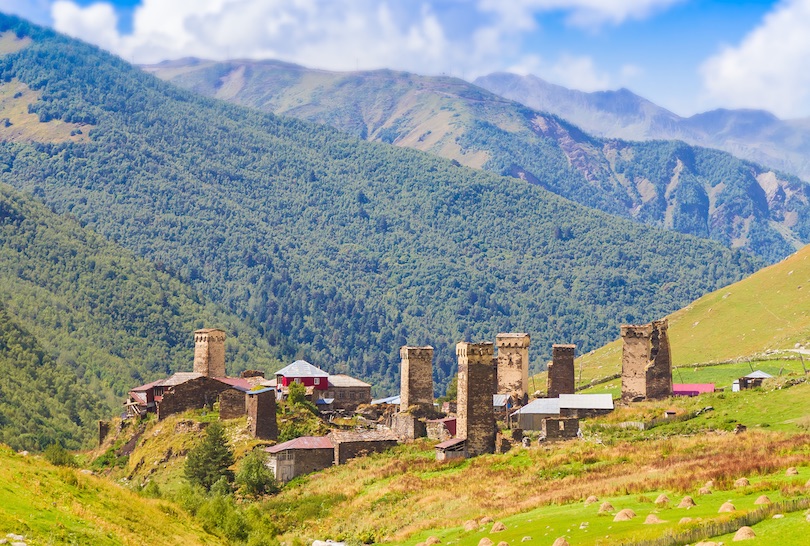 Svaneti is Georgia’s remote northern province, a land of cultivated cornfields, small villages and ancient towers. The famous towers were built for defence against northern tribes and avalanches. Each Svan family usually had its own tower. They provided a safe retreat for everyone who climbed a rope stair, which could then be pulled up behind them. They also proved to be indispensable during heavy snowfalls. The oldest Svanetian towers date from the 9th century AD.

11. The Two Towers of Bologna[SEE MAP] 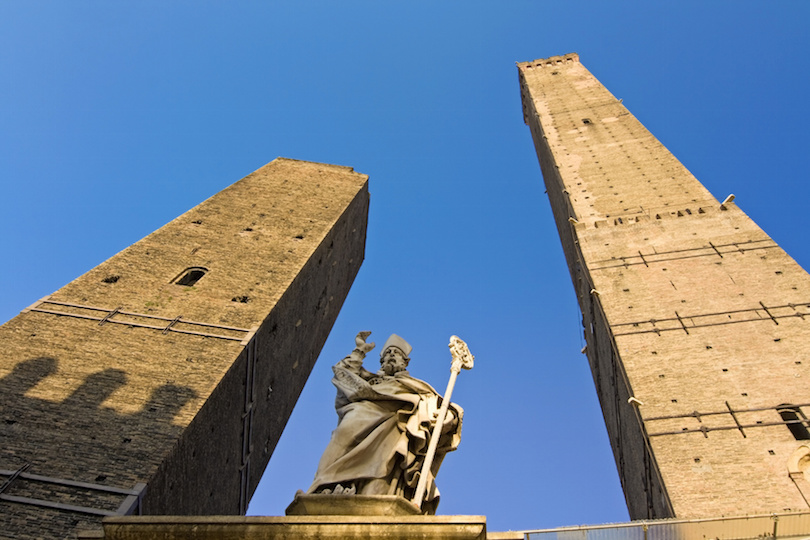 Not to be confused with the Lord of the Rings movie, The two famous towers of Bologna in Italy are named after the families who are credited for their construction between 1109 and 1119. The Asinelli Tower, with a height of 97.2 meter, is the tallest tower in Bologna. The Garisenda Tower was initially 60 meter long but was lowered in the 14th century to 48 meter in order to make it safer. 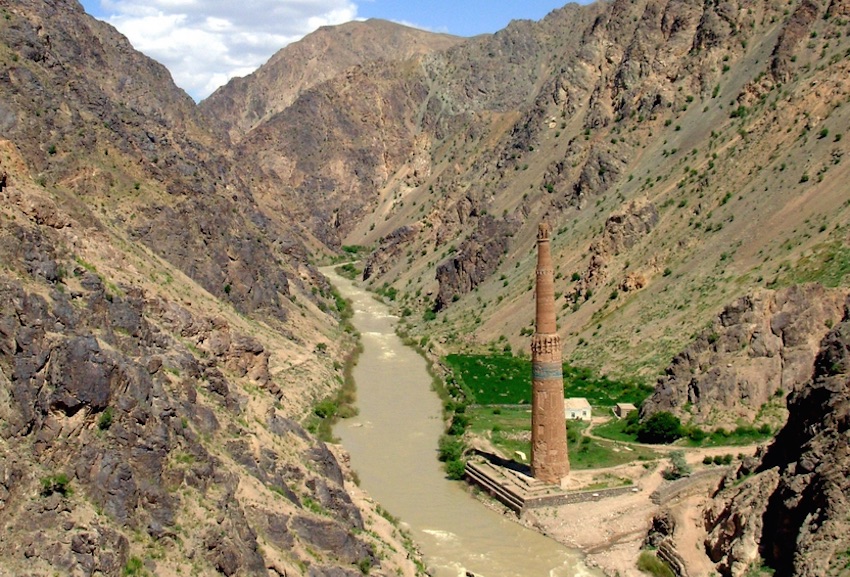 Located in a remote area of western Afghanistan, the Minaret of Jam was built in the 12th century as part of a mosque. The mosque was washed away in a flash-flood and the site around the minaret was destroyed by the Mongols some time later. Considering this and the inhospitable climate it’s a small miracle the 62 meter (203 feet) high tower is still standing.

Belém Tower was built in the early 16th century as part of a defense system to protect the city of Lisbon. It was the starting point for many navigators who set out to discover new trade routes and has become a monument to Portugal’s Age of Discovery. 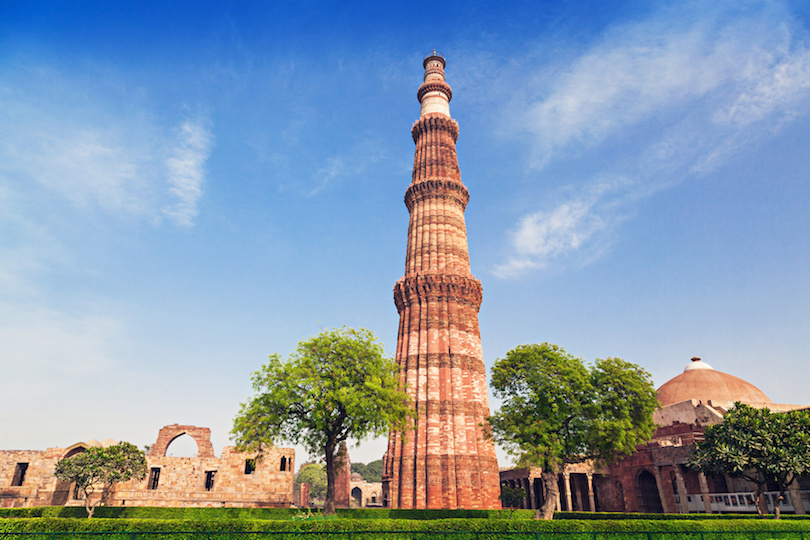 The Qutb Minar in India was commissioned by Qutb al-Din Aybak, the first Muslim ruler of Delhi, in 1193. Qutb al-Din Aybak wanted to surpass the Minaret of Jam in Afghanistan but at the time of his death only the base had been completed. His successors continued the construction and the topmost storey was finally completed in 1386. The minaret is 72 meters high (237.8 feet) with 379 steps leading to the top making it the world’s tallest brick minaret. 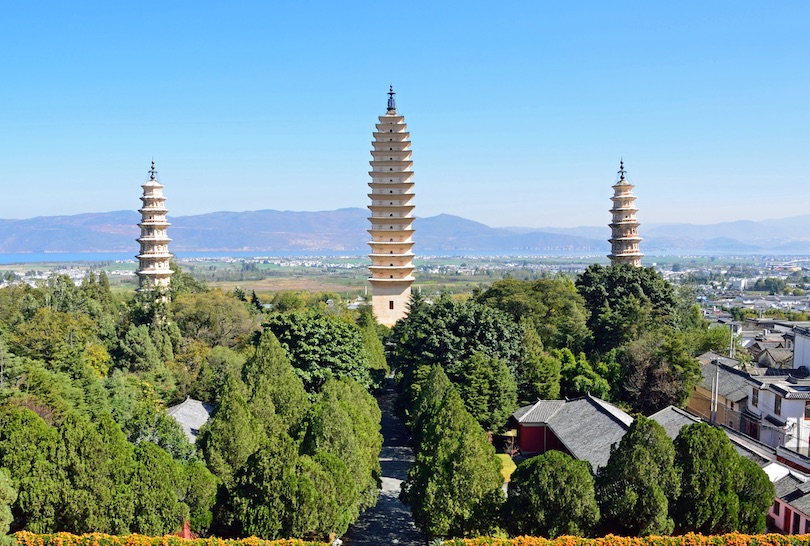 Located about 1.5 km (0.9 miles) northwest of the ancient city of Dali, The Three Pagodas are one of the best preserved Buddhist structures in China having endured several man-made and natural catastrophes. The middle pagoda, built during 824-840 AD by king Quan Fengyou, is 69.6 meters (227 feet) high and is one of the tallest pagodas in China. The other two pagodas are built about a century later and are 42.19 meters (140 feet) high. 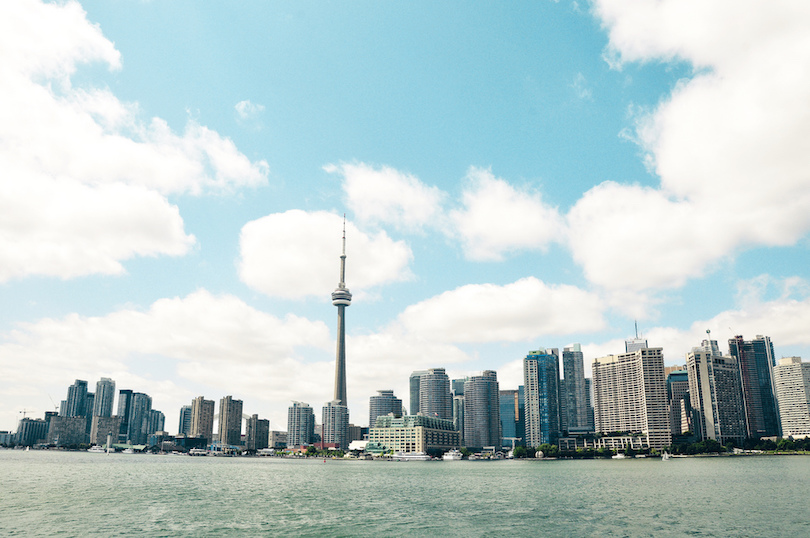 Located in the heart of Downtown Toronto, the CN Tower is Canada’s most recognizable icon. The communication tower was built from 1973 to 1976 by the railway company “Canadian National” and standing 553.33 meters (1,815.4 ft) tall was the tallest structure in the world for over 30 years until it was surpassed in height by the Burj Dubai. 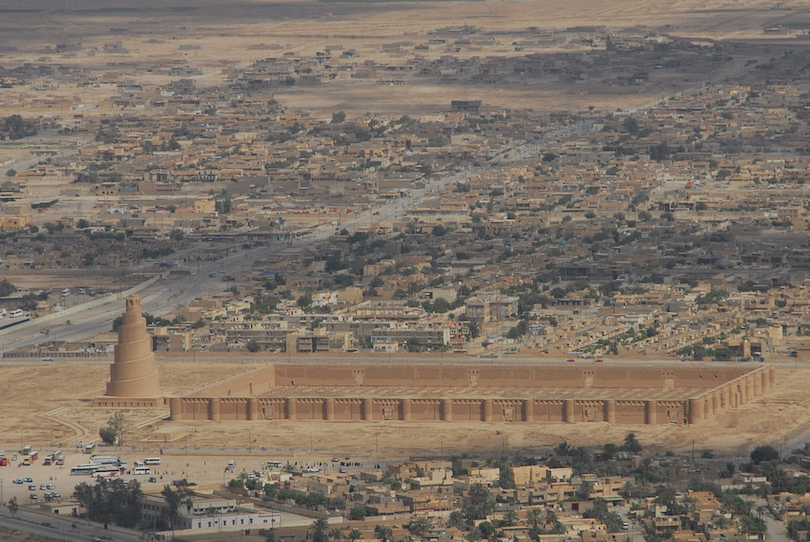 The Spiral Minaret or Malwiya Minaret is part of the Great Mosque of Samarra in Iraq. The mosque is one of the largest in the world. The minaret was originally connected to the mosque by a bridge. The minaret or tower was constructed in 848 – 852 out of sandstone, and is unique among other minarets because of its ascending spiral conical design. The tower is 52 meter (162 ft) high. In 2005 insurgents blew up the top section of the tower leaving crumbled brick and clay. 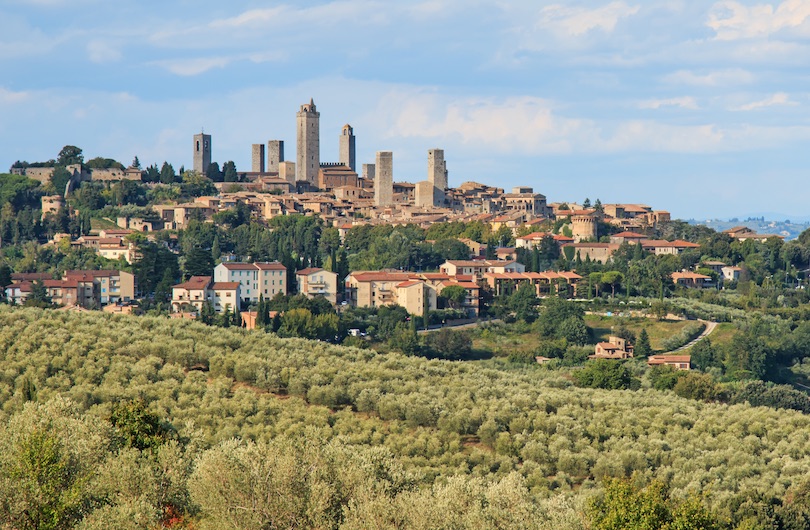 Nicknamed the medieval Manhatten, San Gimignano is a village in Tuscany famous for its 14 stone towers. At the height of San Gimignano’s wealth and power, more than 70 towers were built to defend the town against enemy attacks. After the plague devastated the city in 1348, San Gimignano’s power faded, which kept enemies away and preserved many of the city’s famous towers. 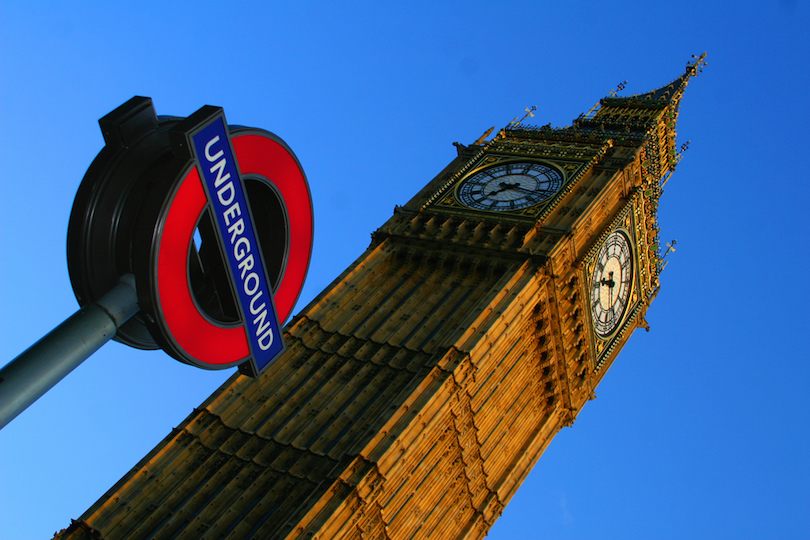 Celebrating its 150th birthday this year, the Big Ben Clock Tower is one of the most famous tourist attractions in London. The name Big Ben actually refers not to the clock tower itself, but to the 13 ton bell housed within the tower and takes its name from the man who first ordered the bell, Sir Benjamin Hall. It is the 3th largest free-standing clock tower in the world. 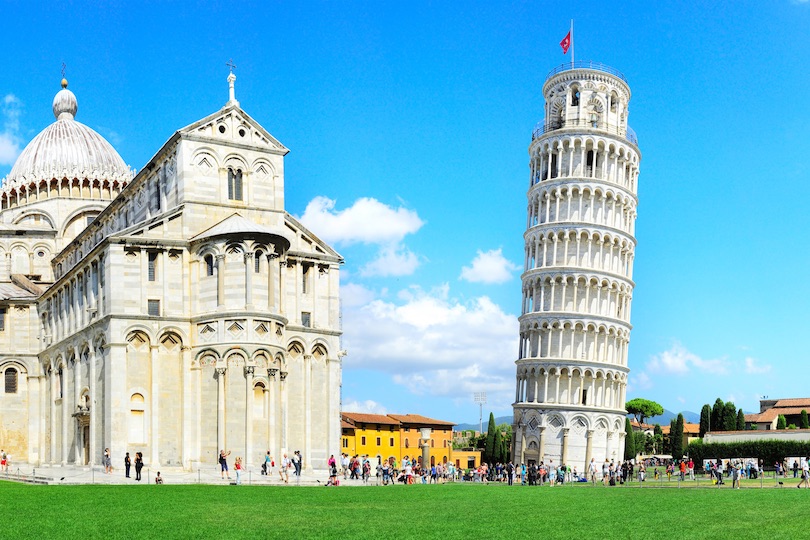 The world famous Pisa Tower was built over a period of about 177 years. Soon after the construction started in 1173 the tower began to sink due to a poorly laid foundation and was left alone for almost a century. When the construction resumed the engineers built higher floors with one side taller than the other to compensate for the tilt and the tower was finally finished in the 2nd half of the 14th century. Since 2001, the famous tower in Pisa is again open to those wishing to climb it’s 296 steps. 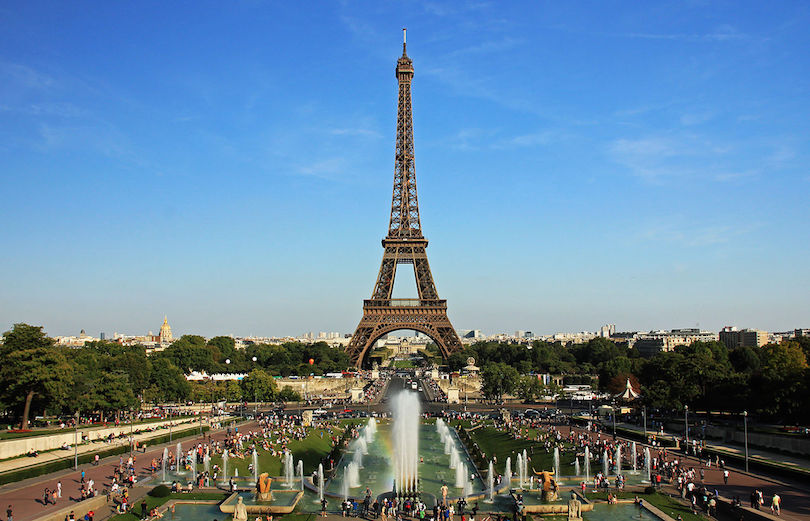 The Eiffel Tower is a symbol of Paris and France and one of the most famous landmarks in the world. The tower was built by Gustave Eiffel as the entrance arch for the International Exhibition of Paris of 1889. With a height of 300 meters (984 feet) it was the tallest tower in the world until 1930, when the Chrysler Building in New York was completed. Since it’s construction more than 200,000,000 people have visited the Eiffel Tower making it the most visited paid monument in the world.