From a geographic point of view, Kansas is in the center of the United States. That’s just one of the many reasons, however, that Kansas is known as the Heart of America. The state of Kansas is a slice of Americana, boasting the scenery of the Great Plains along with plenty of history.

Thanks to the Wizard of Oz, many people think of it as a place from which to escape, but in fact there are a lot of great places to visit in Kansas. 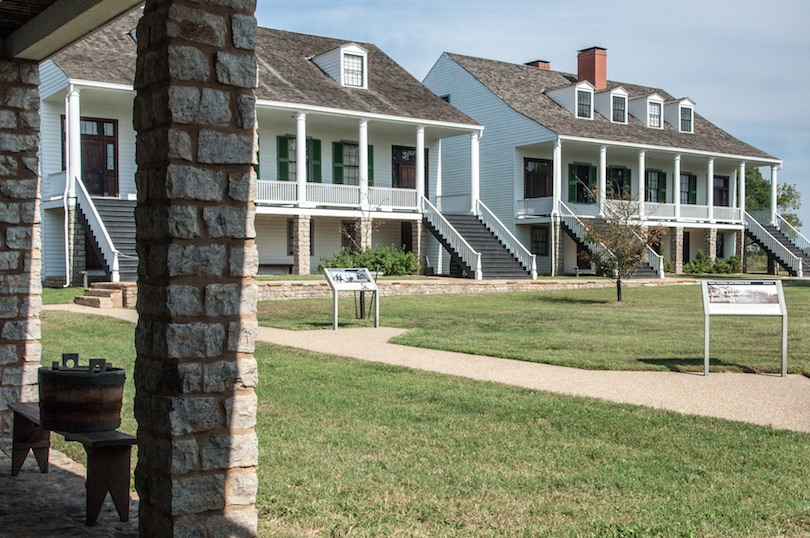 In the middle of the 19th century, Kansas could be described as the frontierland. Settlement was ongoing, but a military presence was needed to secure the American borders. Fort Scott was constructed in 1842, and was a significant factor in both the U.S. Civil War and Bleeding Kansas, a dispute that brought up slavery even before it was a national battle.

Today, the Fort Scott National Historic Site can be best explored on a guided tour. You can tour 11 historically accurate buildings that house 30 furnished rooms, each letting you glimpse into life more than 150 years ago. 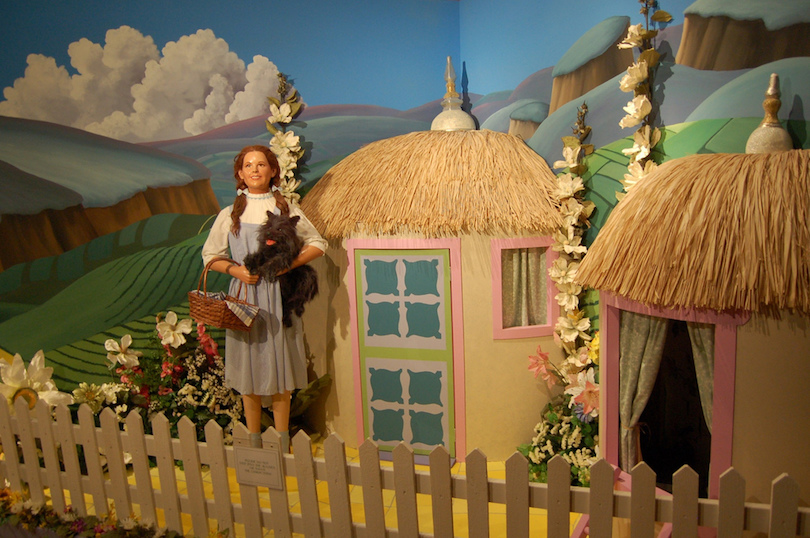 On the banks of the Kansas River is the small city of Wamego. However, don’t let the size of Wamego fool you: It is home to one of the most fascinating attractions in the state! Wamego is where you will find the Oz Museum, a museum devoted to all things Wizard of Oz.

Within the collection, you can view the original books, modern collectibles and memorabilia from the iconic movie. Some of the more unusual and unexpected artifacts include the original silent films, which can be watched onsite, as well as ruby slippers covered in thousands of Swarovski crystals! 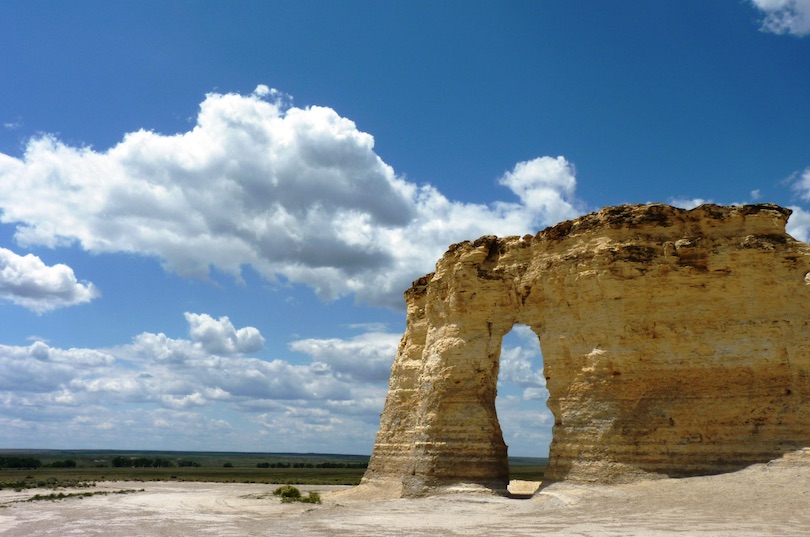 The Chalk Pyramids, also known as Monument Rocks, can be found in Gove County, in northwest Kansas. This geological landmark is one of the natural wonders of the state. Monuments Rocks is, by some estimates, more than 80 million years old.

Some of the rock formations are over 70 feet tall, and the ones you won’t want to miss are called Charlie the Dog and Eye of the Needle. Look closely, and you can also see shells and even whole fossils in the rock itself. 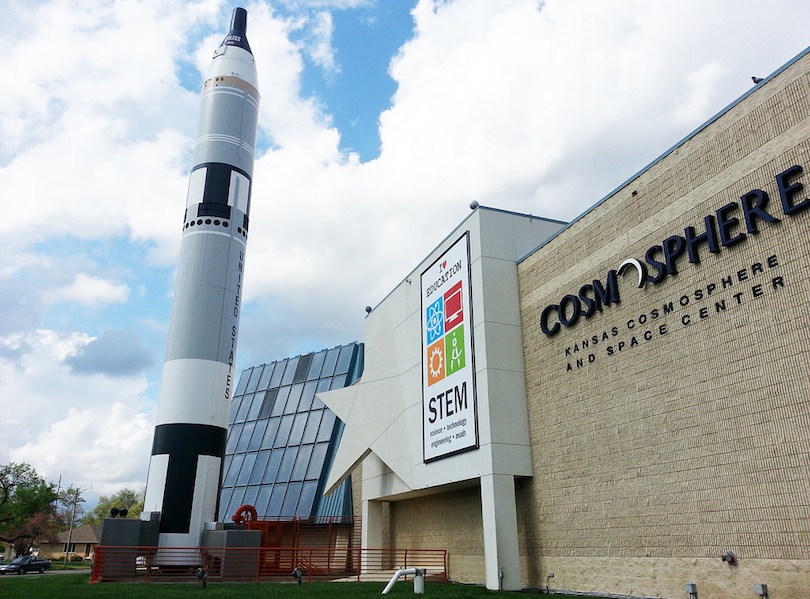 Located in the city of Hutchinson is the The Kansas Cosmosphere and Space Center, better known as simply the Cosmosphere. This is the second largest space museum on the planet, and it is packed with fascinating attractions and exhibits. In the Carey Digital Dome Theater, you can watch movies about space exploration on a two-story, domed screen.

You can also watch a performance of Dr. Goddard’s Lab, which takes viewers back to the 1930s when rocketry was just developing as a field. The Cosmosphere’s Hall of Space Museum is the largest collection of Russian and American space artifacts anywhere in the world, and you can even see and touch real spacecraft. 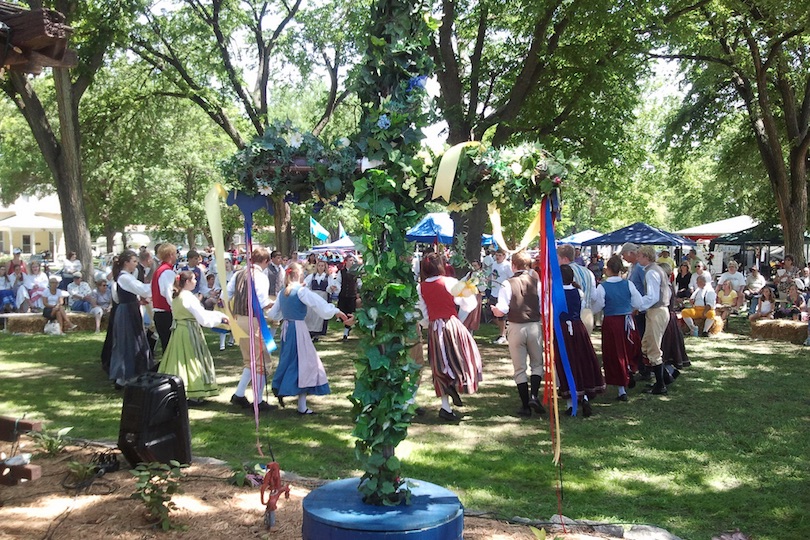 One of the most fascinating destinations in Kansas is Lindsborg. This small city was settled by Swedish immigrants towards the end of the 19th century. Today, it is known as Little Sweden. There are a number of shops and historic attractions that embrace the local Swedish heritage.

At the Blacksmith Shop, stroll past anvils to grab a cup of locally roasted coffee. With a caffeine boost, you’ll be ready to explore the The Swedish Pavilion. This landmark was created more than 100 years ago for the 1904 World’s Fair in St. Louis, it was transported right to Little Sweden, where it now serves as a hub for the arts at Bethany College.

Lindsborg is home to several festivals and all of them draw huge crowds. Perhaps the best known is the Svensk Hyllmingsfest, featuring Swedish dancing, singing, parades and colorful Swedish costumes. 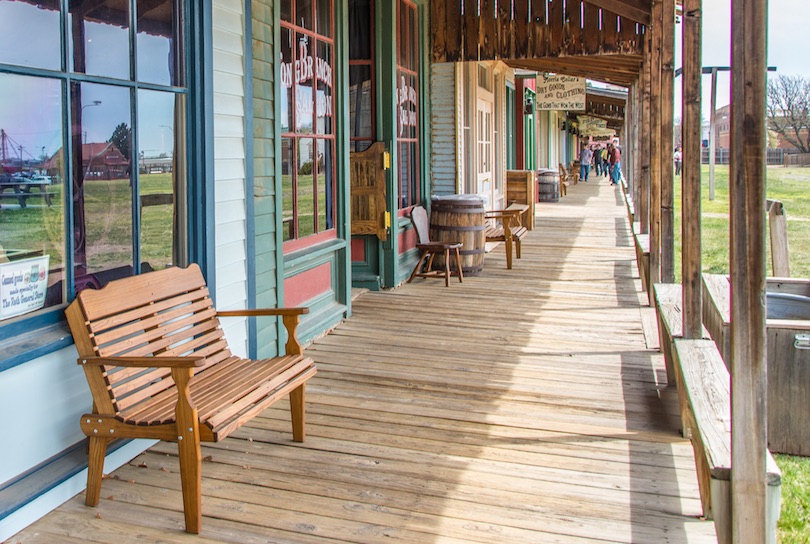 Western Kansas is home to Dodge City, a name synonymous with the Santa Fe Trail. Fort Dodge was built in the 19th century to safeguard settlers heading along the trail or settling in Kansas. It was the epitome of the Wild West, which is why we now have the expression, “Get the heck out of Dodge.”

Today, however, Dodge is a wonderful place to be, and it is loaded with history and things to explore. You can still tour Fort Dodge, and you can also check out the Boot Hill Museum. This museum has a full reconstruction of Dodge City as it looked in 1876, and things like gunfight reenactments and chuckwagon dinners are all a part of the charm. 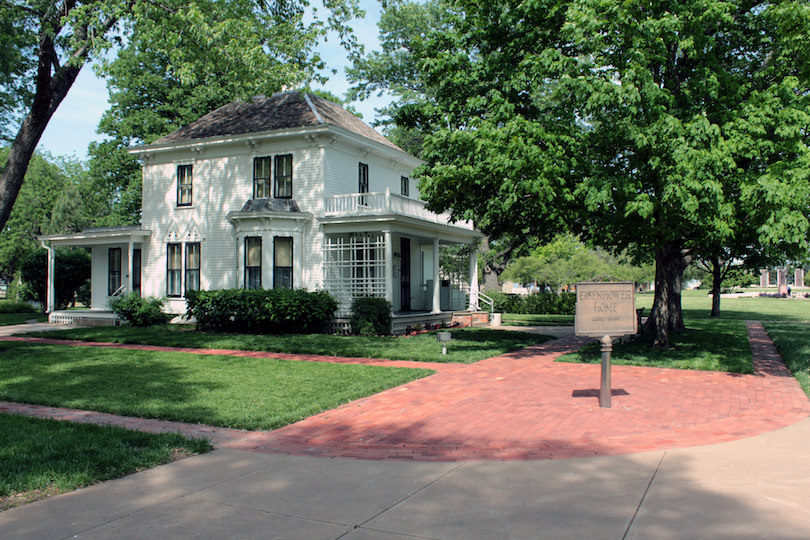 In central Kansas is a small city called Abilene that is home to an impressive and historically significant attraction. The Eisenhower Presidential Library is located in Abilene, and it is connected to the Dwight D. Eisenhower Museum as well as Eisenhower’s boyhood home.

The Eisenhower Presidential Library is a top-notch research facility that is packed with millions of books, photos and artifacts. Exhibits change frequently and revolve around Eisenhower’s life, his presidency and Kansas history. 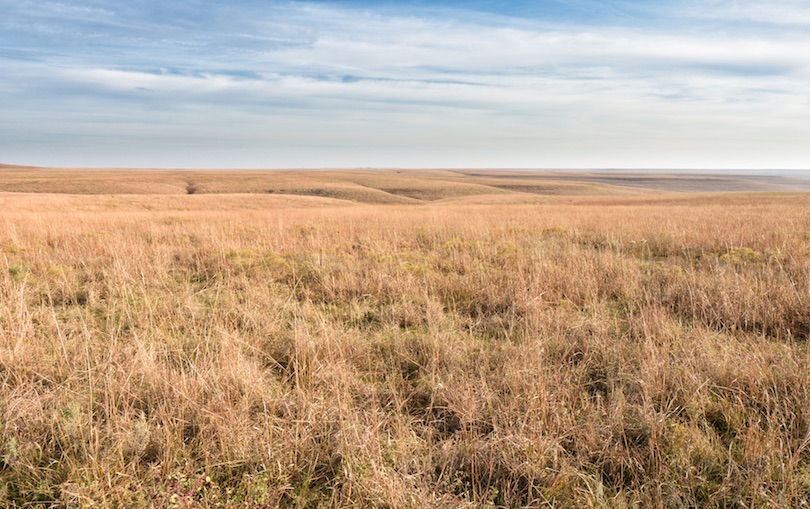 Only four percent of America’s original tallgrass prairies exist today, but the Tallgrass Prairie National Preserve seeks to protect what remains. Located outside of Strong City, this preserve is home to several miles of hiking trails. There are also a handful of historic buildings on the preserve, including the 19th century Spring Hill Ranch House and the Limestone Barn.

Flora and fauna are a big draw, and in the spring the prairies bloom with colorful flowers. Since 2009, there has also been a herd of bison roaming the preserve, which is an attempt to reintroduce them to this natural landscape. 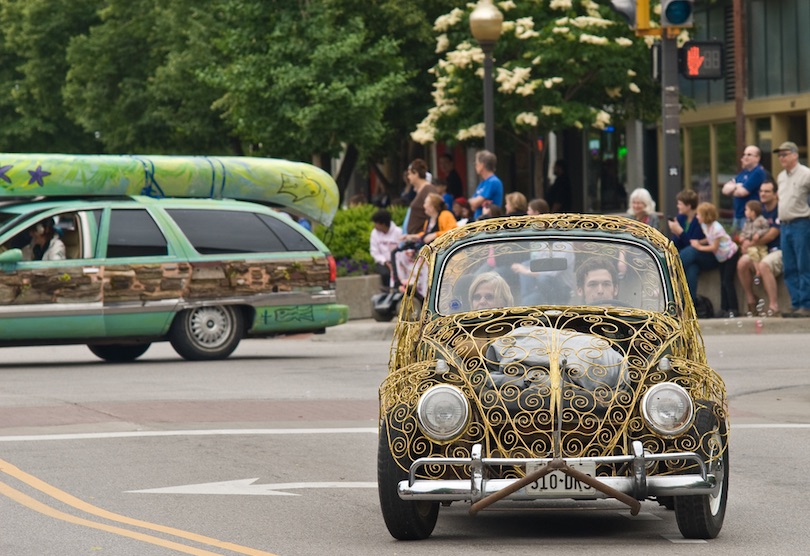 If you’re looking for nightlife, art and culture, then one of the top cities in Kansas to check out is Lawrence. This city is home to the University of Kansas, helping to create its youthful, progressive population and bohemian atmosphere.

Lawrence revolves around Massachusetts Street, the main drag lined with art galleries, independent eateries and an abundance of quirky or vintage boutiques. As a college town, the area is also home to plenty of great local breweries and nightlife spots.

Don’t leave without spending some time on the University of Kansas campus, which has a number of impressive buildings. The campus is often compared to the fictional school of Hogwarts, from the Harry Potter universe, and the aptly named Potter’s Lake only adds to that particular comparison. 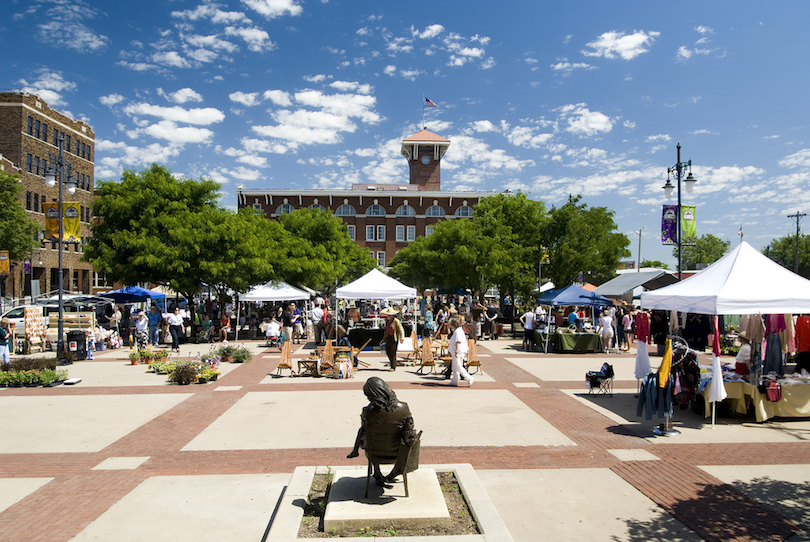 Wichita may not be the state capital, but it is the largest city in Kansas. Nicknamed the Air Capital of the World, Wichita is home to several aerospace companies as well as the Kansas Aviation Museum. One of the city’s biggest family-friendly attractions is the Sedgwick County Zoo, an enormous collection of more than 2,500 animals.

While in Wichita, make time to stroll through Old Town on foot. Old Town has recently been revitalized, and it is now a fantastic collection of museums, shops and restaurants that is conveniently pedestrian friendly. 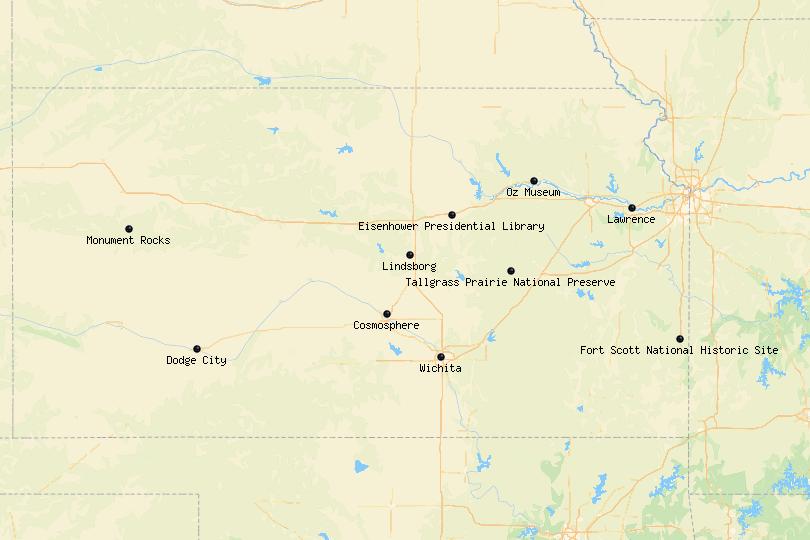